Love what you do, take massive action, and prosper (w/ Ran Segall, Prospero) 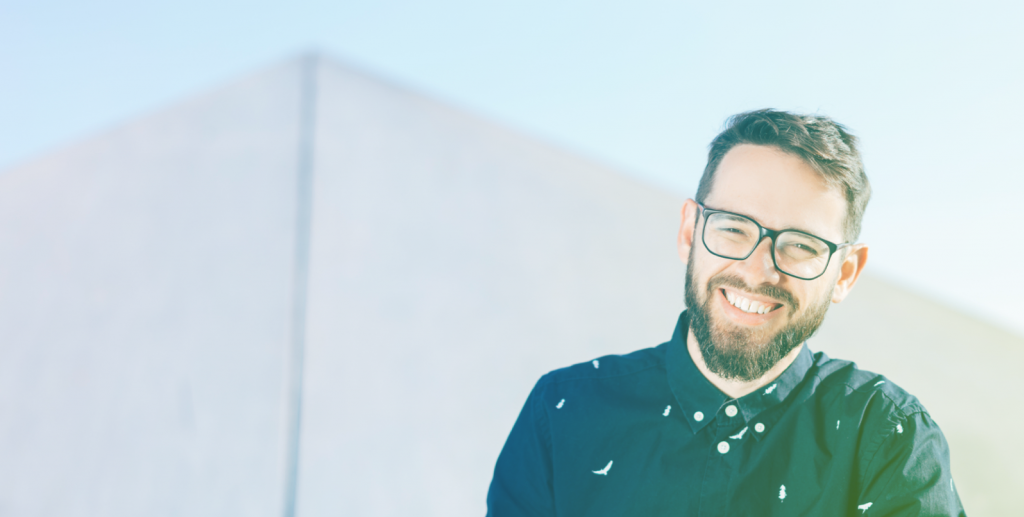 We are super excited to have with us today the inspiring Ran Segall – a full stack designer, a creator, and a vlogger.

Ran started out as a designer, working with startups to create great products & brands.
For the past 5 years, his been freelancing with 3-5 clients at any given time, and also, he’s been sharing his journey on his youtube channel called Flux and has over 40,000 followers.

He believes in constant learning and sharing knowledge, was running the Nu-School – which was an online hub for people to learn freelancing and design, and later on, he built a product company called Prospero – a service for freelancers to create online proposals.

In this episode, Ran shared his amazing insights and knowledge on freelancing, value-based pricing, learning new skills, networking, putting yourself out there, achieving your goals and aiming higher.

How well are we connecting with our curiosity? (w/ David Kadavy, Love Your Work) 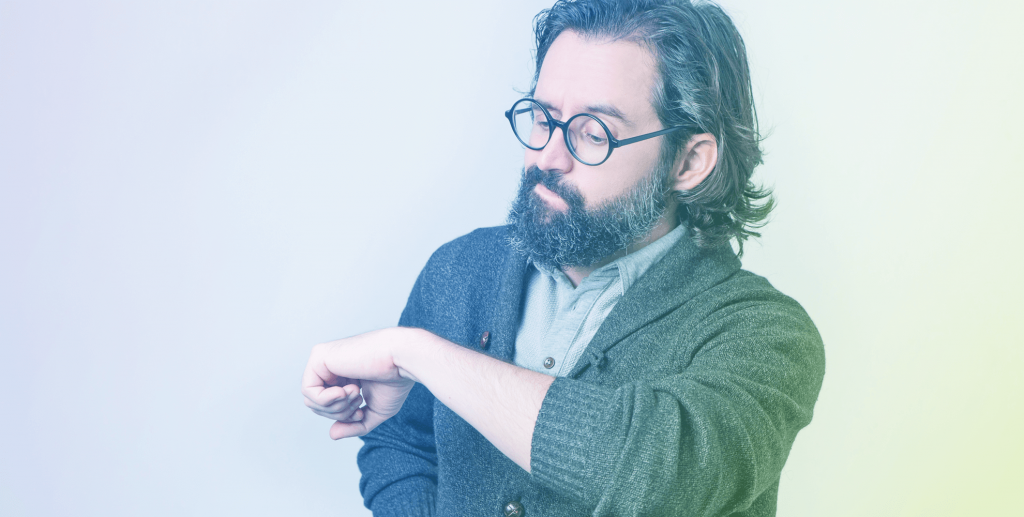 We are thrilled to have with us today the amazing David Kadavy – Bestselling author of The Heart to Start & Design For Hackers, a creative entrepreneur, and host of Love your Work Podcast.

David started out as a curious web designer, working with startups and freelancing, he wanted to figure out a way to design smarter, for code, so he wrote about it in order to learn, and that eventually got him to write Design for Hackers and teaching others along the way.

In this episode, David shared his inspiring perspectives and insights on self-publishing, connecting with our curiosity, creative resistance, forming habits and setting priorities for our goals. Wheather you’re a creative, entrepreneur, marketer or just starting out – this episode will give you tons of value and knowledge to reach your goals.

What is design if not a way to tell a story (w/ Yasmine Evjen, Google) 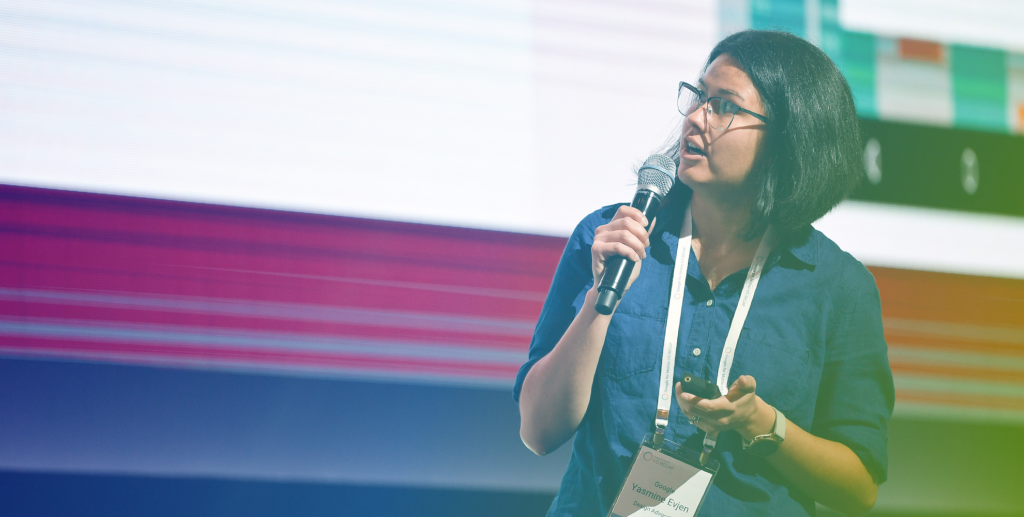 It is our pleasure to present to you the inspiring Yasmine Evjen (that’s ev-Yan) – Design Advocate at Google, a storyteller and (previously) a Co-host at Material Podcast – a podcast all about Google and Android.

Yasmine started out as a front-end developer and a web designer, doing freelance work, working in agencies that allowed her to work in startups. That led her to turn to interaction design, and eventually evolving into UX design and Product Design.

Little did she know back then, that her passion for Android and Material Design will eventually get her the perfect role for her – A Design Advocate at Google.

In this episode, Yasmine shared her interesting story and inspiring insights, whether you’re starting out or not, this episode will give you tons of value. 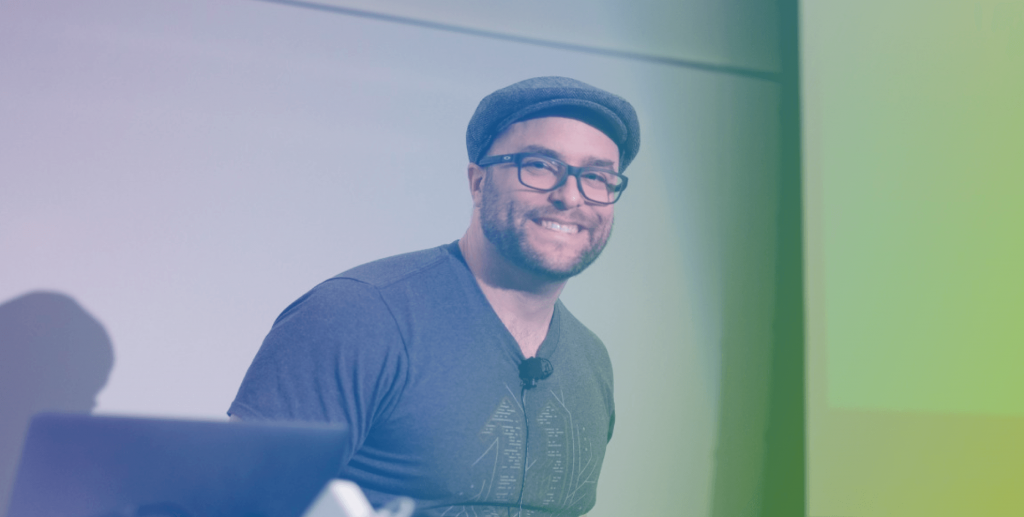 Today we had the pleasure of talking to Quincy Larson – Founder and educator at “freeCodeCamp”, where you can learn to code completely for free.

Also, freeCodeCamp is an open source community, which is empowered by positive energy and empathy, has more than a million users and learners around the globe and also, it runs Medium’s largest technical publication. If you write about development, design, or data science — and are looking for an audience — this is a good place to get published and ‘borrow’ an audience of more than 1 million users.

In this episode, Quincy shared his insights on focusing passionately on one field, building communities and free education to everyone, on a scale that impacts the world massively even 20 years from now. 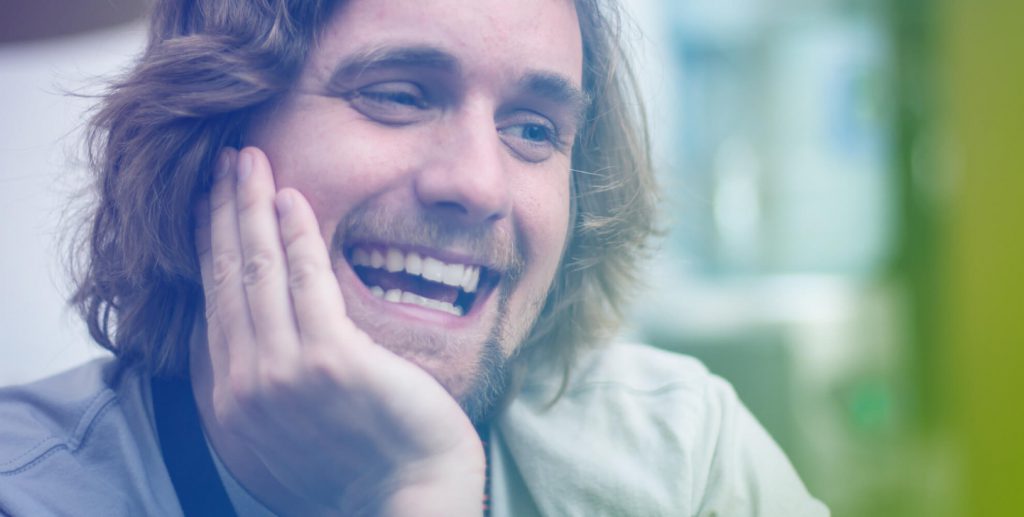 We are honored to have with us today, the inspiring Brad Frost, Founder, and inventor of the “Atomic Design” system.
Brad started as a web designer, came out through the agency world, and eventually found himself consulting for teams, doing workshops, writing a blog and hosting a podcast.
Besides being a web designer, a developer, an Author and a Host, Brad’s background as a musician also connects with his work, that why he believes in the notes and the rules that make all the piece together.
In this episode, Brad shared with us his thoughts and insights about how to build a design system and development collaborative work, and how to implement that thinking in your organization.

Don’t be a “tooler”, but a learner (w/ Jason Ogle, UserDefenders.com) 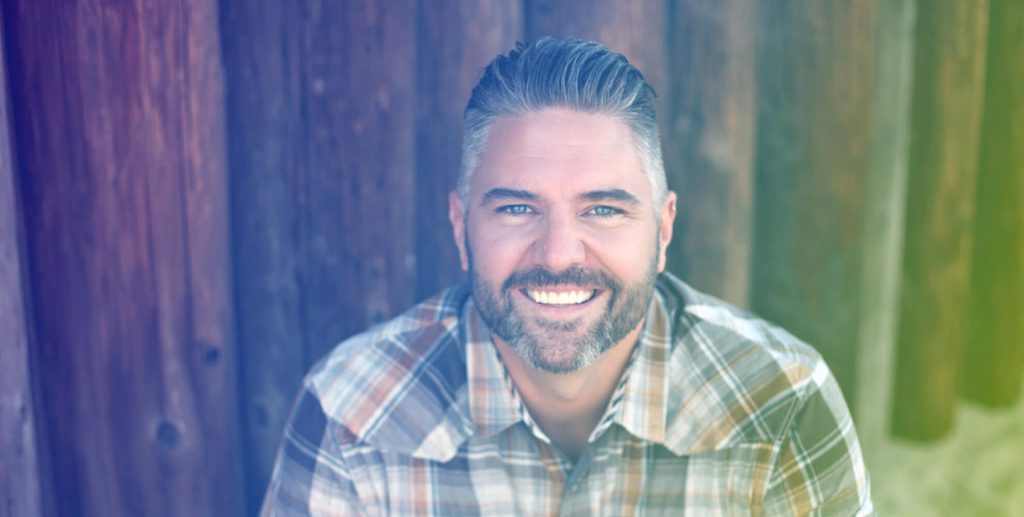 Our guest today is a fellow podcaster, the amazing Jason Ogle, Founder and host of UserDefenders.com podcast, where he creates and shares inspiring interviews with UX superheroes.
Jason started as a designer and a developer in the 90s, and he believes in what’s called “The Beginner’s Mindset”, which means that you’re going to have that student mindset and keep on learning basically forever.
Besides being a product designer and a podcaster, Jason also writes on Medium, where he shares inspiring articles that fight for the users.
In this episode, Jason shared with us his thoughts and insights about how to become an influencer through personal growth and giving back to the community at the same time.

Have fun, create value and do it consistently (w/ Noah Kagan, Sumo.com & AppSumo.com) 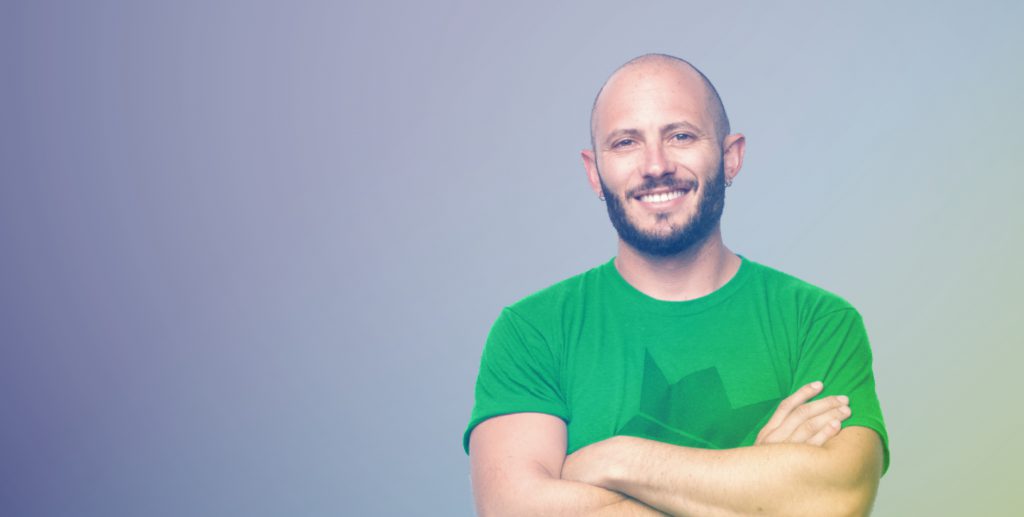 Today we released a different kind of podcast.. This time with someone who’s not a designer. We were super lucky to have a long talk and also hang out with Noah Kagan, a mega successful entrepreneur who founded two online companies that you might have heard of: Sumo.com and AppSumo.com.
Noah is a super fun guy and you’ll see it from this episode. He has a very open-minded and interesting approach to life and to building one’s career.
In this episode, Noah shared with us his best practices and routines for starting a business. He also shares new perspectives on how to enjoy the process, scaling businesses, and more. 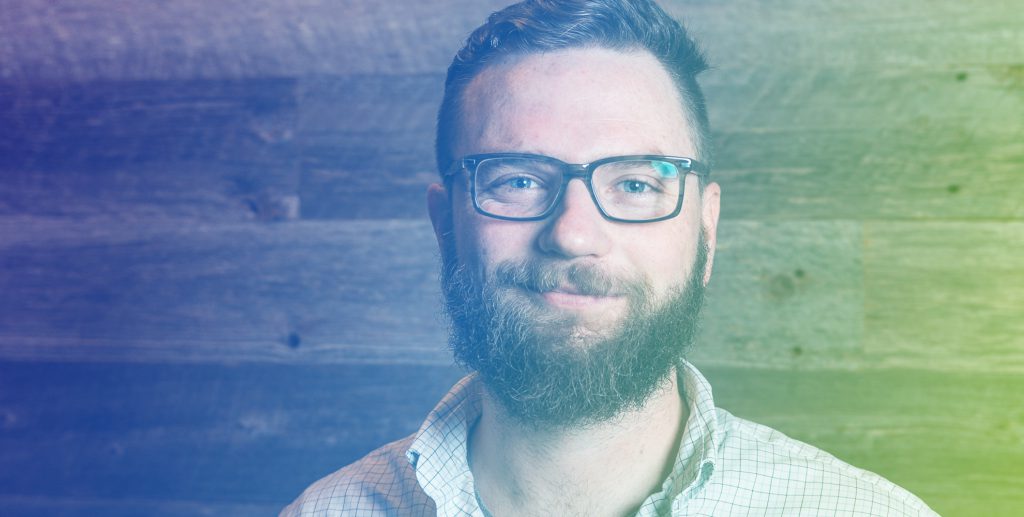 Our guest today is none other than Samuel Hulick, Founder, of UserOnboard.

Samuel started as a developer, and eventually found himself focussing on UX design and customer success. That led him to find that one crucial part of the experience that leads to customers being successful in the product, is the user onboarding experience. From there, he only kept moving up the staircase, became a user onboarding specialist, founded UserOnboard.com, and wrote a book about it.

Samuel wrote his e-book, ‘The Elements of User Onboarding’, entirely on Keynote, which was later developed into a whole package, where he shares teardowns, tactics, strategies and what he learned onboard. 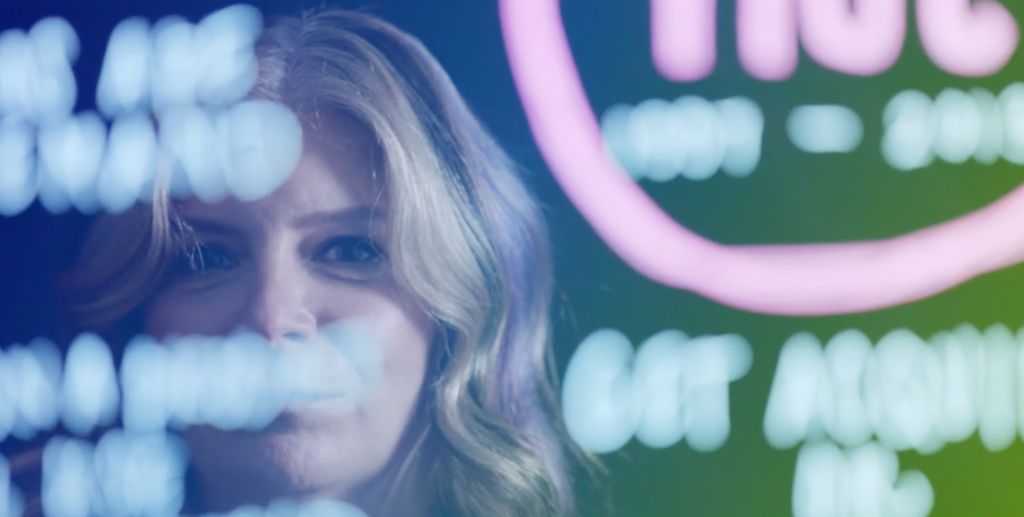 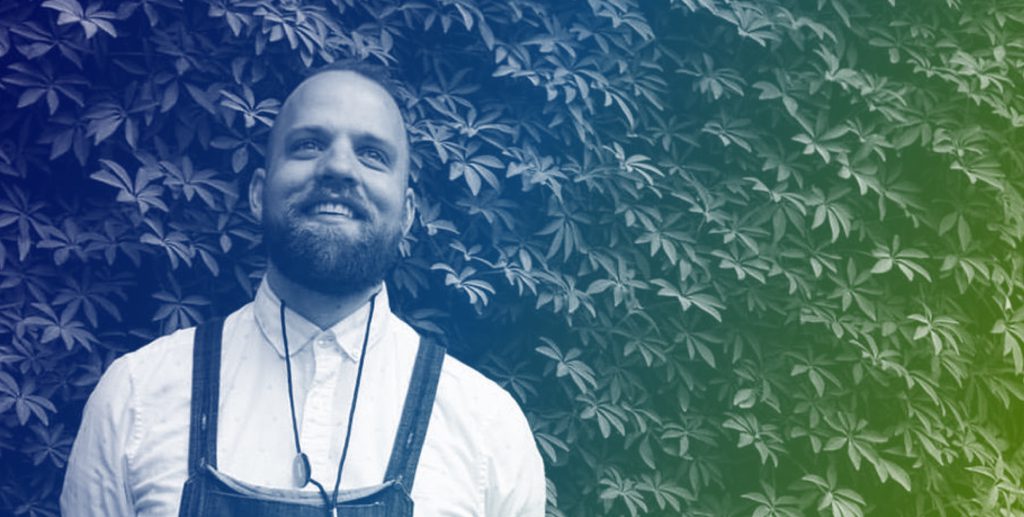 Our guest today is the inspiring Keenan Cummings, Team Leader at Airbnb and former Co-founder/Creative Director of Days (acquired by Yahoo!) and the Designers Debate Club.

Keenan started his career as a designer in NYC, working in brand agencies and doing print work, where he landed what he thought would be a dream project, redesigning and rebranding the Chicago Cubs. However Keenan felt that there were bigger problems he wanted to dive in to, so he made the transition into digital design. He co-founded Days app, and then found his path into product design eventually joining Airbnb, where he led the development of their design systems and leads an extraordinary team.